↓ Skip to Main Content
Home › Welcome Center › Why does Harmonic Timing go so far back in history to study cycles?

Why does Harmonic Timing go so far back in history to study cycles?

Why does Harmonic Timing go so far back in history to study cycles? 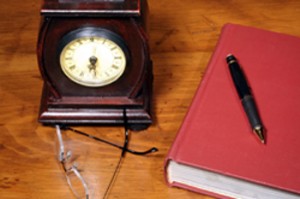 We take our cues from Gann himself. Gann was a market historian. It is well known that he spent considerable time recording and analyzing data at New York’s Astor Library. Not as well known is the fact that he traveled to London and spent time at the British Museum. This is where he recorded the price of wheat in Europe from 1259 to 1851.  He then combined the price data of wheat in the U.S. with this historical data to bring it current.

What was Gann looking for? Why did he spend considerable time recording and analyzing data over such long periods?

He was looking for cycles! His wheat chart from 1259 clearly shows he found a 20-Year Cycle. This cycle that he marked is one-third of the 60-Year Cycle. Gann repeatedly said that it was important to have the right “beginning point.” One analyzes, learns, and isolates the right beginning points by studying past history of markets.

If one is going to become knowledgeable about Gann’s cycles it will take time and effort. Our research team goes back in history to find his cycles. As an example, Gann’s 84-Year Cycle in soybeans is anchored at the spike highs of February 1918, January 1948, and June 1973. It is anchored at the low of October 2001, 84 years from the spike high of February 1918. Without the history of soybeans back to 1913 one would not have known the beginning point of this cycle. (See Lessons 1 & 2 of our course How to Capture the Power of W.D. Gann’s Cycles for information on how to use Gann’s long-term and shorter-term cycles.)

Harmonic Timing has a library of historical data. When we are analyzing a particular commodity or financial index we go back to this data to find what cycles and time periods are currently working out.

Next: How can knowledge of past cycles help me make profits in today’s markets?

Ernie Quigley uses Gann's Cycles, price projections and technical tools to pinpoint probable turning points so you can buy the lows and sell the highs. Receive FREE Forecasting Videos & Articles that show how it is done! Simply type your first name and email address below and click "Sign Me Up!" We promise to never sell or distribute your e-mail address to anyone. Privacy Policy